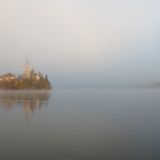 Around the World is a two-hour weekly radio show carried on 6 local and internet radio stations in Northern Ireland. On it I play music from all around the planet, of all and any genre, but particularly music that represents to character and culture of the country from where it comes
I am also on the World Music Chart Europe panel nomination music every month.
Go to www.davysims.com for more information and to contact me.

I began broadcasting in 1978 Downtown Radio championing young rock bands from Ireland, north and south. In 1986 with a move to BBC Radio Ulster where I founded The Bottom Line (now 30+ years on still going as Across The Line). Within three years it was to London for BBC Radios 1 and 4.
As Chief Producer I led Youth Programmes department before returning to Belfast to work in current affairs, magazine and music programmes. From 2001 to 2008 I was Editor New Media leading a team producing web, interactive TV, mobile and community outreach.