Rare Mixes From The PWL Vault 2 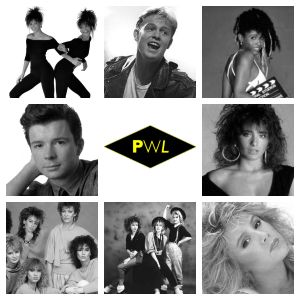 Rare Mixes From The PWL Vault 2by David Sharpe

This show was 5th in the global pop chart.

I've gone back into the PWL archive for this megamix, containing unreleased material by Samantha Fox, Bananarama and Sinitta. Bananarama's Reason for living went on to become the massive hit I want you back, this early demo has been sought after by the fans for years and until recently was locked away in the PWL vault. Samantha Fox - That's What Love Can Do was originally planned from her Just One Night album but the SAW boys gave the track to Boy Krazy who had a US Number 1 with the track. I hope you enjoy and don't forget to favourite this mix if you like what you hear.

Thank you DJ Mauch!! I appreciate that :)