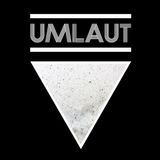 Never miss another
show from Umlaut

Umlaut:
The umlaut characters are created on a computer by using ASCII key sequences.
Holding the "Alt" key down whilst typing in the code for the required character.
Unless you still believe in fairy tales, we could tell you to hold "Alt" and David and Johan would appear to tell them their biography themselves...
But we won't do that.
April 2011. After living for almost a year in a country without a government, rules or any ethics, Umlaut sprouted as the brainchild of electronic music madmen David Gorez and Johan De Vylder.
While both of them already played alone for many years, they felt it was time for someting new, something fresh!
Umlaut was born.

Complete bio on fb and ra, not enough characters here ;-)