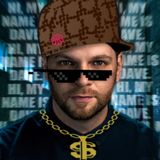 Never miss another
show from DaveDialect

Dave Dialect, born in the greater Montreal region in the early 80's, was initially influenced by local Hip Hop DJ's making mix tapes in 95. He began showing up at mix sessions to jam and record with other DJ's and MC's in 96.
Progressing onto recording music with them, he also began performing with them at talent shows, house parties and eventually club nights.
After being introduced to Jungle music and the Rave scene, Dave started experimenting with playing his Hip Hop breaks at 45rpm instead of 33rpm and began purchasing a whole new record collection, where his style evolved into funky Breakbeats and House music.
Since his debut into the Montreal underground scene at the turn of the century, Dave Dialect has been playing out all over the city, holding down several residencies and branching out to other cities and provinces.
Dave released his first single "We Takin This Back" to Planet Break Records in 2009, followed by tracks for Breakz R Boss, Monkey Dub, Nu Style, and Bass Bong.