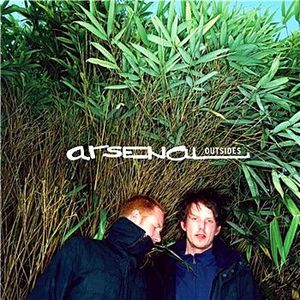 Known as one of the most popular bands in Belgium, Arsenal, the group of John Roan and Hendrik Willemyns, was featured in the hit series 'Six Feet Under' and praised in the United States by celeb-bloggers like Perez Hilton or Kanye West. With already many sold-out performances at the Ancienne Belgique, Arsenal knows that people expect something that will last.

They succeed in blending contemporary club, rock and pop sounds with music from around the world in a way and with a sound that can only be described as Arsenal's.

Keep in mind that this mixtape is only a glimpse of what Arsenal is capable of. In the first place they are a live band that raises temperatures in every club, hall or festival to boiling point. So when you get the chance, try to get a ticket and see them performing live on stage in front of a delirious audience. I'm sure that you'll have the time of your life!