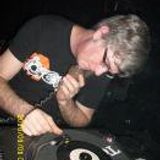 DJ/Promoter Originally from the UK. specialising in soul music.

In the 80's I ran a very sucessful northern soul allniter in the UK at Top Of The World, Stafford, under the Top Dog Soul Club banner. In the 90's it continued with the innovative Bretby Allnighters. Now I live in Berlin and spend my time traveling the world playing my interpretation of over 40 years of the evolution of the music I love.
In Berlin I run a popular event called Disco 30. "A dance event that covers the evolution of Soul/Disco, over three decades from its origins in 1975 through to the early 2000s. Covering, Soul, Disco, Boogie, Funk, R&B & Soulful House. Based around a core of Berlin resident DJ's + Raphi with the addition of guest from across Europe and even the US from time to time"