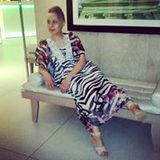 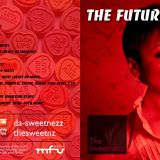 Currently Da Sweetnezz is trying to pursue a solo career, and is unsigned but the talent doesn’t stop there. She is also part of a major organisation known as “Exodus 1st Movement”. Over the years she and these talented young musicians have collaborated on many tracks and music projects. Some of which are featured on her latest EP entitled; “Da Future Is Sweet”, released via SoundCloud for free download and which she is currently promoting.

Da Sweetnezz performed a selection of these songs at the Newham Mayors Show Olympics Event in Central Park, Eastham on July 21st 2012. Da Sweetnezz has also taken part in “Talented Events” at Elixir Bar in Camden; and many other events that are put together by young talented producers, and entrepreneurs, every few months showcasing her talent around the UK.

Da Sweetnezz has now started to take her vocal in a new direction, focusing more on the house music genre, and is now in the process of working on a new EP entitled ‘The Future Is House’.