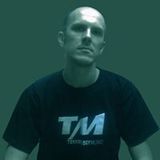 Darko Malcevic aka Dark Ray is an electronic music producer from Croatia with more than a decade of experiance behind him.
His music blends deep and tech house grooves with soulful and hypnotic melodies.
He belongs to the generation of musicians which are from early youth attended evolution of electronic music . In the mId-nineties rave culture attracted his attention to a new sound which was spreaded through the Europe. Clubing and daily consumption of electronic music became his routine and at late nineties he's started to producing and DJing at local clubs and private events.
Under his Codar alias he collaborates with few artists like Tim Patrick, Carlos Mendes and Niels van Gogh and he also have many solo releases on few independent labels and later on his own label Tekknology Music.