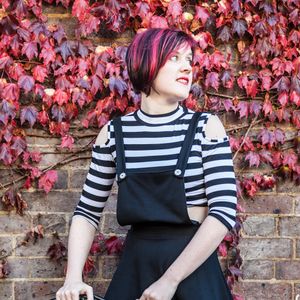 The show is made in the Folkstock Records studio - a cosy summer house in the village of Walkern in the county of Hertfordshire, England. In an informal and relaxing environment, emerging local artists, already making waves on the national folk/acoustic scene, chat about their musical journeys so far and perform live. Each week showcases a new artist.

This week sees the show's host Daria Kulesh in the hot seat as radio legend Brian Player steps in to explore the stories behind Daria's critically acclaimed debut solo album Eternal Child, named Album of the Week on Blues and Roots Radio and described as "phenomenal" by Fatea Magazine. On two tracks, Daria is accompanied by the superb pianist (and multi-instrumentalist) Jonny Dyer.

Daria, Your album eternal child moves me, thank you

Thank you so much Fiona, that's the best feedback I could hope for! x