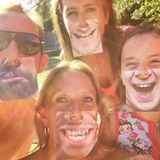 Never miss another
show from BRODY

Support BRODY by subscribing directly to this channel and get access to exclusive rewards.

BRODY is the alter ego of Brighton based DJ Danny Chase
Dannys been djing since 1993and been lucky enough to play at some of the most awesome parties in the world. He gained his crowd control skills during the 90's organising Outdoor Raves/Parties in the woods and on the beaches of sussex. This lead him in to the Clubscene where he played for Mixmag, Cream, The Escape club, The Q Club, The ocean Rooms, The Empire Club and mansion House to name a few. More recently at The ministry of Sound, the Volks, coalition and some of the coolest places around brighton. BRODY's been Hosting His weekly Music therapy Radio Show on trickstarradio.com (recently got their DAB Licence) since june 2015 as well as organising his own club night Technoir, with good friend and fellow Brightonian Nick hook for the past 9 years

Adaptable to any club/radio situations and the experience to work any crowd BRODY is the guy to book if you want that electric
90's atmosphere with the freshest music out there..