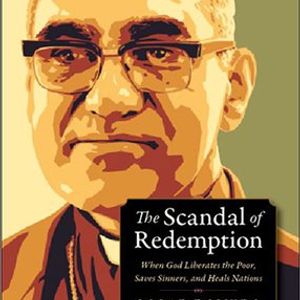 Danny Anderson and Nathan Gilmour discuss a new book by Plough Publishing. In celebration of his upcoming canonization, Plough has published a series of homilies by Archbishop Oscar Romero called The Scandal of Redemption. Romero, who was assassinated in 1980 for his outspoken defense of El Salvador’s economically and politically oppressed citizens, was a divisive figure in Catholicism in his life. His political work, inspired in large part by the murder of his friend, Father Rutilio Grande, identified him with Liberation Theology for many Christians, who feared this movement’s association with Communism. The truth about Romero’s beliefs is much more nuanced and complex, however. Through his homilies (delivered as radio addresses to the nation’s poor), the truth about Romero’s political beliefs, and their intricate relationship to Catholic Theology, is revealed. The show wishes to thank Plough Publishing for providing exam copies of this wonderful book.