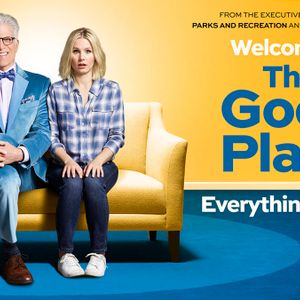 As it prepares to enter its fourth season, here's a look at the hilarious and profound NBC comedy, The Good Place. The show, created by Michael Schur, follows four hapless souls who try to navigate the afterlife. Along the way, there are a lot of in depth philosophy classes, debating the merits of utilitarianism among many other things. And the show also explores the question of redemption as flawed characters learn to be better people, and even an demon (played brilliantly by Ted Danson) finds redemption in seeking the well-being of others. Joining the show to discuss is CHRN media liaison Kristen Filipic and Mount Aloysius College Theater professor Nathan Magee.