Infinite Search - Sounds of the Canyon 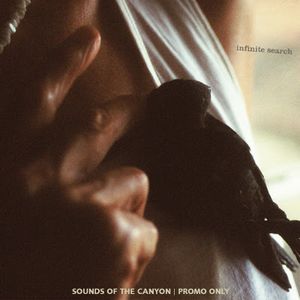 Infinite Search, the track itself, had me transfixed for about 2 years. I became slightly obsessed with it to the point that I thought it best not to tell anyone. I'd just put it in my mini-disk player, press repeat song and feel ill, as if I'd gone on one ride too many. It leads you along mischievously, opening and closing doors, sending you in circles... "I think we've been here before". I make it sound like a frustrating 'Alice in Wonderland' kind of journey but it's not, it's quite calming. I think my friend Kodwo has become obsessed with the whole thing, he mentions it every time we speak. If you know him and you see him walking the streets, clutching his headphones, mumbling to himself - don't startle him.

For Turiya is a song that never leaves you. I sampled it once and actually made quite a good job of it but instantly felt like Indiana Jones desecrating a sacred tomb. So I buried it.