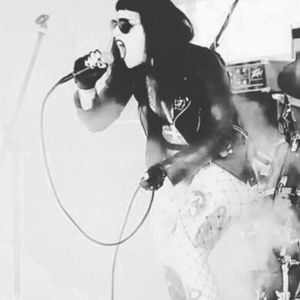 After last week’s extended modern goth broadcast, this week’s Dark Nation Radio is back to form with the usual mix of goth, industrial, post-punk, and intelligent electronica with an emphasis on new material. Included in the show are new tracks from Ultra Sunn, Kaelan Mikla, Noise Unit, Nuda, Vanguard, The Ending Nights, Pink Turns Blue, Girlfriends and Boyfriends, Bikini Death Race, Enola Fall, Denner, and Actors, among others.

This coming Sunday will be the 22nd anniversary of DJ cypher’s Dark Nation Radio! To celebrate, I will be spinning either one or two tracks from each year of the show’s existence, starting with 1999 and working my way forward. I hope you will join me for the live broadcast Sunday September 19th starting at 9 PM Eastern US time on Spirit of Resistance Radio sorradio.org.

Thank you for your support!

Brilliant set! Can U post the setlist here in comments?