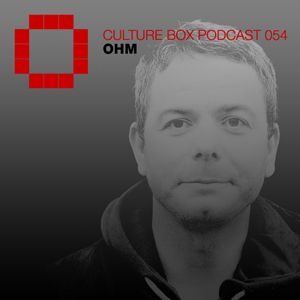 This show was 88th in the global deep techno chart.

Born and raised in Reykjavik, the Copenhagen-based DJ and producer Ohm is one of the leading figures in the Icelandic contemporary techno scene. Widely associated with iconic labels such as Thule Records and Force Inc, Ohm stays true to his roots by consistently innovating his interpretation of techno music, intergrating soul and innovation with the scene. His 1999 debut release with Icelandic techno legend Exos, was released on Force Inc to critical acclaim. Most recently he has been releasing on Thule Records, Taped Artifact and Rawax, and working with veterans such as Octal Industries and his long time collaborator Exos. He has also been a regular behind the decks at Culture Box... Enjoy!