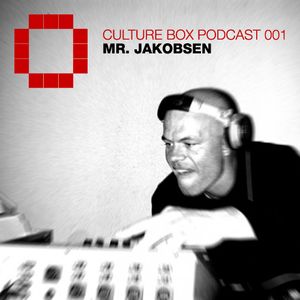 Mester Jakobsen has been a key player on the clever part of the Copenhagen techno and house scene for almost two decades now. Playing alongside the world’s elite techno and house dj’s such as Derrick May, Jeff Mills, DJ Hell, Space Dimension Controller, The Juan Maclean, Theo Parrish, Miss Kitten, Recloose and Surgeon, just to name a few. He made the legendary and avant-garde "Simplicity Club" in the mid 90s, furthermore arranging important events such as the concert with legendary pioneers "A Number of Names". He was the creator of the famous "Warriors of the lost Beat" events and owner of the record label "Tech-nology" releasing acclaimed vinyl featuring Danish wonder kid Bjørn Svin under his Prinz Ezo moniker. These experiences reinforced his interests in going back to the roots of dance music.

Damn cool! This guy is definitely a super mixer and selector.. Great respect!