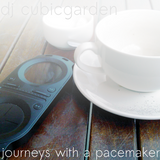 Never miss another
show from cubicgarden

Dj from Manchester UK playing Trance and Tech Trance using nothing more that a Pacemaker Device.

He adores the Pacemaker device and does all his mixes with it while on his travels. The mixes take inspiration from the things around him and the mix style is different from what you usually hear. More in your face and more frantic that most mixes, it leads you on a journey somewhere else.

He use to dj under the name of Adrenalin Rush in and around the South west of England and Wales on Vinyl believe it or not but gave it up when he moved to London. Djing on laptops was the name of the game then and he gained a regular spot on a Miami based internet radio station before it got shut down in 2005.

Now in Manchester and available for small and large trance parties across the North and South, he hopes to push mixing to places where it was never possible using the Pacemaker device