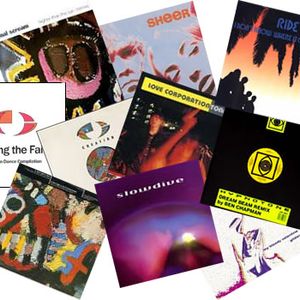 This summer (2009) was the 20th anniversary of the second summer of love when dance music seemed to cross over and everyone was claiming to have “always had a dance element to their music”. Creation Records embraced the change and the results included some great records.

It all seems a long time ago now so I decided to create a playlist of some of the more interesting moments that were either original dance tracks or remixes from the label following that summer. Some of these tracks have already been compiled on the Keeping The Faith compilations and some weren’t released until later in the 90’s.

So here we have 63 minutes and 42 seconds of some of the more inspired moments including acid house, ambient, balearic, dub and electronica.

Just a truly excellent collection of music. Brings back very fond memories of the "Keeping the Faith" compilations which I just loved.