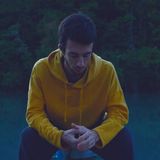 Never miss another
show from Costals

I'm not a DJ any more – Subscriber? Unsubscribe. Unless...

... unless you want to listen all my mixes offline, and get the tracklists upfront.

But know that I won't be posting regular new mixes any more.

Here's the thoughts in full with back story and present situation.

I'm now a music composer/producer and artist, and nothing else.

Though I created my first song around the time I started to mess around with DJ software... I think. Maybe even before. I used a program called eJay, where you would simply select and arrange some loops to create a song. That was the most satisfying accomplishment in my life, as small as it was. Then I forgot it. I got distracted by being a teen and everything it involves, and got somehow serious about being a (distracted) DJ for a while.

I started making music again around 2010. That's pretty much when I started Eclectic Soul. But making music is a much more challenging discipline and I wasn't focused enough, too easily distracted. I was struggling in the process, and not so committed.

I think I suffered from this for about ten years. I was suffering, unconsciously, of my lack of discipline in my discipline of choice.

I didn't know how much focus was required for doing such work. I'm talking about becoming a master of something. It takes thousands of hours. Undistracted hours. It requires to say no to much of what normal people do. Though it's not a sacrifice for me, cause I used to feel bad doing those "normal things".

The mind needs to be quiet for me to do anything of quality, as for anyone. I think even more calmness is needed for music. It can take a lot of energy and mental space. Specially in the first years.

Becoming a master can only happen by doing less things in general. Having few commitments. And the most important thing is to practice for many hours everyday. Before doing anything else.

Beside mastering music, I must work on developing a solid network in the music industry, nurturing valuable human relationships, and coaching music makers, as it's something I love to do and it helps me to learn better what I'm trying to master.

And beside these other things, I want time everyday to rest deeply, to do sport, and be with women.

It's been a while that sometimes I was feeling Eclectic Soul being a weight on me. Now it became a distraction, cause doing regular mixes using other people's music is not what I want to do.

I'm not in that space any more. Sure, I could force myself to listen to new music and keep delivering a monthly mix somehow, doing it for the audience. But I wouldn't do it for my own joy. It would feel like something I have to do. I would fell bad from not putting those hours in mastering myself and music making.

The best –and most – episodes were made under the influence of travels, special memories, and movies. Now I'm not travelling much, I'm not often meeting up with people, I'm not watching movies and I'm not creating amazing memories. I'm just doing my deep work and becoming a master at something. It might not sound fun for some of you – and honestly it's not so fun most of the time – but I love it. And the not-so-fun hours are worth it. It's like working out with your body. It's not pleasurable 100% of the time – just like life itself and anything worth it. But you know that.

I'm working full-time on this. I'm living at my mum's again so I don't have to worry about paying a rent, and I don't put out much money for food.

I'm making music my life. And I want to help others do the same.

I'd like to replace my usual monthly mixtapes output with my own music. For example, publishing every month 20-30 minutes of music to listen in one take. This and the more common song's lengths.

My patrons will be the people who will get ALL of the tracks I finish, and some other benefits for those who would like to or are already making music : like sample packs, loops, project files, stems and opportunities for collaboration and coaching.

There's already a Google Drive folder available to my patrons with all my public discography plus many unreleased tracks that will probably stay unreleased.

You can become a patron here : https://patreon.com/costals

It's been three weeks that I'm working on my solo album as Costals, on the theme of being a deeply relaxed being. I'll be sharing work in progress with patrons in the coming days.

I might publish a podcast from times to times to share my new music and I tell the stories behind it – but I don't think I can do this on Mixcloud. That would happen via my own website (https://costals.net) or Eclectic Soul's podcast feed.

This and next week I'll be preparing the new rewards, including 3 sample packs. I'll be creating a pack of kalimba loops while live streaming on Instagram – on Wed October 7 at 8pm CET. So you can come and participate, drop some ideas. The replay will available on IGTV. Join/follow : https://instagram.com/costalsmusik

And maybe you don't know this : there's an Eclectic Soul Spotify Playlist with loads of music I've played in the shows, and some I never played. I'll keep putting new music in it.

Thanks a lot for all your support so far. Hope I can keep counting on you.

Support Costals by subscribing directly to this channel and get access to exclusive rewards.