by Conversations with History (Au
53:40 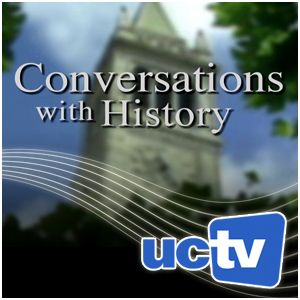 Conversations host Harry Kreisler welcomes Harvard Professor Annette Gordon-Reed for a discussion of her work as a lawyer/historian focusing on the contradictions of the life of Thomas Jefferson. Topics covered in the conversation include how her training as a lawyer empowered her to overturn the conventional historical view of the relationship between Jefferson and Sally Hemings. Professor Gordon-Reed highlights the racism embedded in Jeffersonian historiography; ignoring, for example, factual evidence, which confirmed that Jefferson was the father of Sally Heming’s children. In examining the evolution of Jefferson’s ideas on slavery, Professor Gordon-Reed emphasizes how Jefferson’s theory of slavery evolved as he adapted to the reality of American social and political life. She concludes with an the implications of her work for understanding the present turmoil over black/ white relations in the U.S. today. Series: "Conversations with History" [Humanities] [Show ID: 31519]

More from Conversations with History (Au