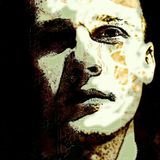 Never miss another
show from cogent

With support from some of the big hitters in dubstep, Cogent has been carving his own niche in the scene since 2004 when some of his tracks were given exposure in clubs and on radio by the likes of J Da Flex (Radio 1xtra), Plasticman (Rinse FM), Slaughter Mob and Search & Destroy.

With a stream of steady tracks getting regular airplay, and his productions being released on Dubkraft Records, DPR Recordings, Structural Damage and Occupy Your Mind Recordings. Cogent has more to come.

Now aged 32, Cogent cites this journey and everything that’s happened along the way as his inspiration for his latest productions. His next EP is due out late 2010 and a few remixes of some of dubsteps elite will also be out real soon, big things are expected from this producer in 2010.