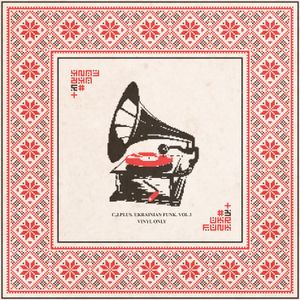 Download Скачать: http://bit.ly/ukrfunk3
The Ukrainian vocal and instrumental rare grooves of 1970s from Funk to Psychedelic Soul, digitized from rare vinyl records, are included to "Ukrainian Funk. Vol 3" compilation.
It is sympolic that the compilation is released at the Independence Day of Ukraine and the original arrangement of the song by "Vodograi" for the well-known poem "Zore moya vechirnyaya" by the great Ukrainian poet Taras Shevchenko was included in it.
A little bit about the rarest records in this mix. I was waiting for the appearance of the vinyl record by the Ukrainian-Canadian singer Lubomyra Kowalchuk & "Zoria" on the world vinyl diggers' market for several years, specially for this compilation the album was delivered from the USA to Ukraine, and this vinyl record is still not available for music connoisseurs. Also, many thanks to the well-known Ukrainian vinyl digger Hryhorii Ivantsiv for the rare 7” record by "Vodograi".
Intro by MC Sahlim Quick. Cover by EGUQ

More from c.j. plus