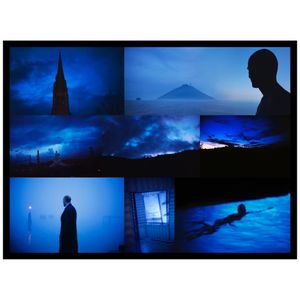 ... she fell in love with the camera, which changed her life forever. It was through her photography that Goldin found meaning, and she cherished the relationships of those she photographed. She also found the camera as a useful political tool, in order to inform the public about important issues silenced in America (O'Hagan, Sean. "Nan Goldin: 'I Wanted to Get High from a Really Early Age'") Her early influences were Andy Warhol's early films, Federico Fellini, Jack Smith, French and Italian Vogue, Guy Bourdin and Helmut Newton.Her first solo show, held in Boston in 1973, was based on her photographic journeys among the city's gay and transsexual communities, to which she had been introduced by her friend David Armstrong. While living in downtown Boston at age 18, Goldin “fell in with the drag queens,” living with them and photographing them.Unlike some photographers who were interested in psychoanalyzing or exposing the queens, Goldin admired and respected their sexuality.