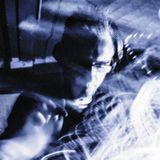 Chris started DJing in 1997 & producing in 2000. Over the years, his style evolved from a wide variety of electronic music elements into his present unique sound. This development was accompanied by bookings for various clubs & big events in Lower Saxony.

When producing his own tracks he is inspired by his DJ & live sets again & again, always sticking to his powerful, minimal and hips-stimulating style. Through this skilful combination, Chris gives that special something to his driving and punchy sounds & sets which thus guarantee a gripping composition.

After a few very successful years between 2009 & 2015, he took it easy for a while as the organiser of the 4!Seasons & the Filterclub Agency, as the owner of the LIMIT Music Club Hameln & since 2014 as the owner & executive chief office of Weidendamm Club Hannover & his new agency "Fables & Fairytales" to be able to intensely focus on his productions again.