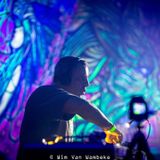 http://www.datrecords.it/dat/label-dj/label-dj.html
Spanish Spanish DJ, based in Madrid, specialized in Goa Trance and Acid Trance. Chema started buying his first vinyls in 1994, influenced by the British and German sound that was played in the biggest underground clubs of that time. Dark and acid sounds characterize his record bag, creating sets of great speed and adrenaline, with a common denominator: trance and psychedelia with large doses of 303. Always true to his musical concept, he knows exactly where he wants to take his sets, looking for technical perfection when playing vinyl, and differentiating himself from the rest of the sets that can be heard these days. Record labels like Matsuri, Koyote, Flying Rhino, Tip, Transient, Symbiosis, Phantasm, Celtic… as well as many rare labels always find a space in his sets. In 2015 he became part of the DAT record label as a label DJ. He has gigged at important venues such as Van Vas, Specka, Mondino, etc, and has collaborated with