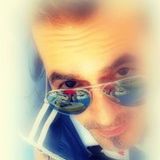 Charly H. Fox (born Prokopis Georgakopoulos) caught the music bug as a young child. He was fascinated with music, and how music affected people. He believes that music is not only an expression of personal feelings, but a true outlet for artists to reach out to many people. He believes that music can truly express what people sometimes aren’t able to.
Charly’s professional career as a DJ began in 1990. Initially he played a mixture of Disco, Soul and Rock. The dance scene is where his passion lies. At age 14, he began mixing music to entertain party goers at the local clubs of Tripolis. He immediately became a local favorite by filling clubs to capacity and entertaining till all hours of the night.
Charly collaborated with Kevin Sunray to create Unlove Music. Unlove is a channel for new and upcoming artists to have their music produced and published (www.unlovemusic.com).