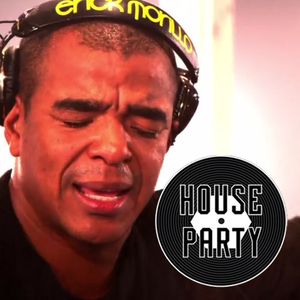 House Party is back! And this time we’ve got your NYE sorted: http://www.channel4.com/houseparty

House Party, a broadcasting first, went out live on Channel 4 24 August 2012 from midnight till 6am. The all-night DJ takeover received widespread acclaim, has been nominated in the Broadcast Awards for Best Music Programme, and offered a totally new clubbing and party experience to party-goers, music fans and unsuspecting sofa viewers.

Balearic superclub house superstar is coming to The House Party

Platinum-selling artist Erick Morillo is one of the most in-demand and instantly recognisable DJs in the world. He was one of the original superstar DJs, and has produced some of the biggest tunes in house music for almost two decades under his various monikers.

House-legend Erick tours non-stop and is no stranger to monster 30-gig months... and now he's hitting our House Party.

Nice i love it