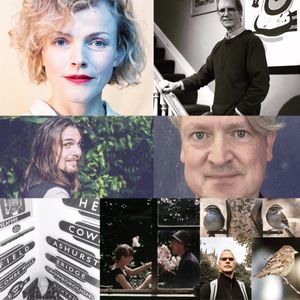 This show was 36th in the global folk chart.

Filmed in 1969 and released in 1971, The Moon & The Sledgehammer is an extraordinary film about a real Sussex family; Mr Page and his four grown up children, Peter, Jim, Nancy and Kathy.

Antony Penrose talks about the Sussex village community where the Page family lived and he still lives today.
Editor of Old Glory Magazine, Colin Tyson speaks about the importance of the film to traction engine enthusiasts.
Maxine Peake talks about her love of the film, describing it as feeling 'like a love letter to this family...'
Sussex man Tim Fox shares his knowledge about the local bird population.
I also spoke a little with Philip Trevelyan at a recent showing of the film at The Doc House in Bloomsbury and the programme includes contributions from Film Director Kenny Scott, Author & Activist Shaun Chamberlin and Extinction Rebellion's Jessica Townsend.