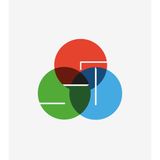 Never miss another
show from Grown So Ugly

Making his first steps in the Belgian music industry a while ago, you could have described Pierre aka Grown So Ugly as a classic Hip Hop DJ. But mixing for Laid Back Radio lead him to expand his horizons and starting to look to the future, scrawling the web for fresh soundwaves from all over the world.

Moving to London was capital to his developement as a music connaisseur, record collector and DJ. Nowhere on earth a DJ gets to feel his crowd like in London. But on the other side: There's no place for error in London clubs. Tons of DJ's queing up to take your place in that booth.

A few moths after his first DJ carrer highlight (a sold out all-nighter at Cable b2b w/ San Soda for UKF's B-Day Party) Grown So Ugly's back in Belgium with a shitload of new sounds, a fresh pair of ears and big plans for 2012.