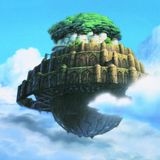 Never miss another
show from carmensandiegoworldmusic

--
Many of these recordings are from the second of WWCS's two series; it's called Dreams of the Manbahsniese, and deals with the relationship between humans and the sound worlds we inhabit.

If you're looking for any of the older shows listed below, you're out of luck... They probably weren't recorded! Find playlists and photos for those mystery shows at www.facebook.com/carmensandiegoworldmusic