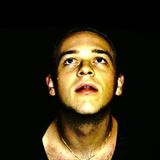 Myroslaw Bytz has been producing all flavors of electronic music and audio experimentation for over a decade.

His latest track, Amfuem, was released to critical acclaim by Budapest label Chi Recordings, and later adapted into an independent film, which has been shown around the world, including in Berlin, at the Sofia Film Festival, and at the Jaipur International Film Festival, where it was awarded for Best Sound in 2010.