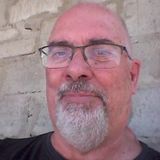 You can buy me a coffee at https://www.buymeacoffee.com/briancurrin