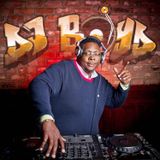 Defected In The House Radio Show: Guest Mix by The Deepshakerz - 25.11.16
by Defected Records

Boyd is a radio broadcaster / disc jockey /producer by trade with 34years in the entertainment industry in Jamaica, U.S., Latin America, Canada, Greece and the U.K.
He has worked with companies such as Smirnoff Experience, being their tour disc jockey and
ambassador for Jamaica for 2 years and has played in Mexico City as part of the Smirnoff
Experience EDM tours.
Boyd has also been involved with DJ Pierre’s Afro Acid label / movement for 3 years, producing
all of Afro Acid’s online radio programs as well as being the resident disc jockey on several radio
shows airing in Greece and the U.K., and has done many productions for his AATrax / Afro Acid
digital labels.
Being the pioneering EDM disc jockey in Jamaica, he was instrumental in introducing Electronic
music to the island and building the local EDM scene.
Boyd has been a part of The Music Factory since 2011 and in 2012 he played a key role in
elevating the profile of the event with the addition of the Afro Acid ‘Big House’