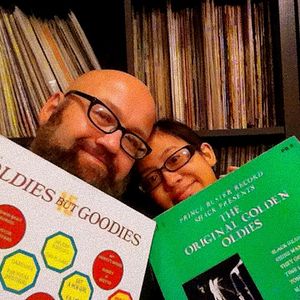 It is with immense sadness that we must share the news that the greatest, The Voice Of The People, Prince Buster has passed away. I worked with Buster back in 2002 when I helped to produce a show featuring Buster, Derrick Morgan, Patsy Todd, and Eric Monty Morris. I interviewed Prince Buster at that time and we included excerpts of that interview along with amazing Buster productions from the Jamaican rhythm and blues and ska eras, 1961 to 1966. Top tunes from Buster, Derrick Morgan, Monty Morris, Slim Smith and many more.

We will be back next week (9/20) with part two of our Prince Buster memorial which will feature Buster's rocksteady and reggae productions. Long live Prince Buster!

Thx guys a well thought out show as per usual selected expertly. A fitting tribute of scorching ska and rare shuffle. Haven't heard that Babylon one for years.. Shall be looking out for Part 2

Thanks very much Duke Man T!!! It is sad seeing Buster leave this earth but I know that the last few years after his stroke it was difficult for him. We'll do our best to honour him with part two. Wishing you the highest respects.

how remarkable to hear your interviews, in addition to all the tunes

Thank you Melody. There is more to share during Part Two that we are producing for next week's Prince Buster memorial. Hugs

Enjoying this generous helping of Jamaican music history! Thanks!

Many smiles back at you Stefan!

More from Bovine Ska and Rocksteady