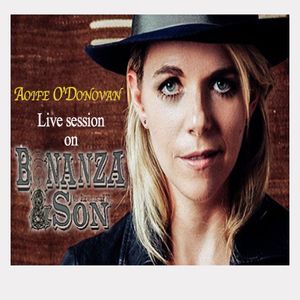 This show was 89th in the global indie chart.

This week's show is a little cracker...
After all it's not every week we have a live session from an artist who Barack Obama included on his summer playlist!

Bonanza & Son on Resonance FM we are very excited to be broadcasting a live session from Grammy Award winning singer-songwriter Aoife O'Donovan.

Massachusetts born Aoife has just released her mesmerising new album 'In The Magic Hour' on Yep Roc Records and plays a series of UK dates including St Pancras Old Church.

Bonanza & Son On Resonance 104.4FM
Tracing the roots and subsequent influence of the pioneers, innovators, outlaws, renegades and mavericks of Country Music and Americana’s past present and future