Fleetwood Mix | A Tribute to FM 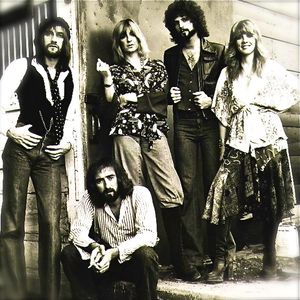 To celebrate the 35th Anniversary of 'Rumours', & the 2013 World Tour, here's a 60+ minute mix of some of the band's best bits, inc. clips from live shows, documentaries & interviews.

Formed in London in 1967, after parting ways with the Bluesbreakers, original frontman Peter Green named the group after his rhythm section, Mick Fleetwood & John McVie. Numerous members have come & gone, but it's well accepted that the added pop sensibilties of Mcvie's wife, Christine (formerly of Chicken Shack), and the addition of American singer-songwriter couple, Lindsey Buckingham & Stevie Nicks, established them worldwide as one of the most successful bands of all time.

FM have been saddled with tales of drug abuse, legal battles, suicide & well-documented break-ups & heartbreak within the core-members of the group.
However, the band have never once lost the solid original backbone of Fleetwood & McVie, & remain as popular today as they ever were, with a back-cat spanning over 20 albums...

Are you on SoundCloud? Is there a way I could download this awesome mix?

Now there you again...

Respect,this mix is what turned me on to you..

Support BobaFatt by subscribing directly to this channel and get access to exclusive rewards.