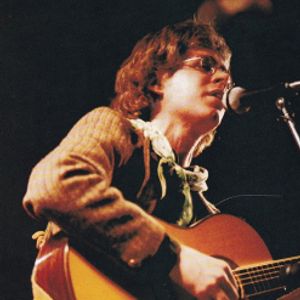 Bruce Cockburn has been one of Canada's greatest musical exports for the last 50 years, starting out with psych bands in Ottawa and Toronto in the mid-60's and moving on to an extraordinary international career as a folk/pop singer expressing both spiritual as well as worldly concerns. He is perhaps best known for his 1984 hit "If I Had a Rocket Launcher," a song of outrage over the horrific treatment of Guatamalan refugees at the hands of the military. He continues to release albums, his latest being "Bone on Bone" from 2017. Interview conducted 4/4/2018. Special aired 4/24/1018. Hosted by Bob Dubrow.

Great interview. I've loved his work since 1976. Introduced by some Detroit area folks. Saw him a few times and listen to those albums a lot. Interesting to hear about his roots.