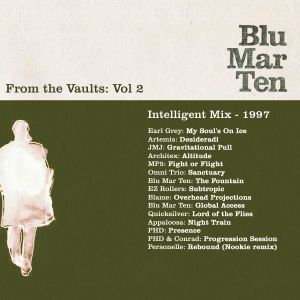 I recently found a whole bunch of mixes I did between 1992 and 1997 and have started the long process of ripping the cassettes to mp3.
As I work through them in no particular order I’ll put them up here for download.
Remember the sound quality isn’t great as they were all recorded through a mixer with no EQ and committed to cassette on a shabby home stereo…But what the hell, it’s that authentic 90s sound through and through.

This is the second in the series and, yes, I dislike the term ‘intelligent’ as much as you probably do but I never really figured out what we were supposed to call this stuff, even though we were in the thick of it at the time.

So anyway, if you like the whole Good Looking / Logical Progression 90s thing, then this mix is right up your street.

Thanks so much for these. We have them all on vinyl, and old tapes of mixes, but it's so nice to hear a pro mix them! lots here I have not heard since the day

Great mixes mate!! Ironically, I found them searching for 'intelligent'... it's nothing to be ashamed of! Peace

Thanks for uploading from the vaults! I'm impressed you can remember every single track name after so long. The skill of a great DJ.

awesome. a great period for dnb and a great mix! hats off to you blu mar ten.

YEAH ! What a nice & proper mix takin'me back to this huge liquid whatever intelligent D'N'B period. 5 Stars Fire !!!!! waiting for the next mixtape... THNK U.