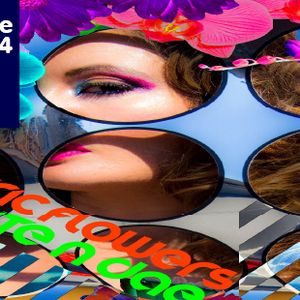 Los Angeles breeds an amalgam of genres when it comes to music and NiteNdae is no exception. This singer/mc/poet from Huntington Park, has had her ear to the streets from the time she was a young child growing up in her mother's dance studio. With influences such as Prince, Ella Fitzgerald, Billie Holiday, Led Zeppelin, Primus, De La Soul and JJ Fad to name a few, it is expected that her sound is eclectic to say the least. Blending NiteNdae's psychedelic vocals and free-spirited rhymes with producer Mascaria's experimental, galactic beats, these two have divinely created two albums together "Journey of the Fish" and "Om Gun," now available on iTunes. Her new release, "Electric Flowers" is laced with eclectic producers from all over Los Angeles and promises to push the envelope of creativity. At the rate her skills evolve Nite will traverse many borders and create new genre's of her own but well within the galaxy of futuristic hip hop soul.