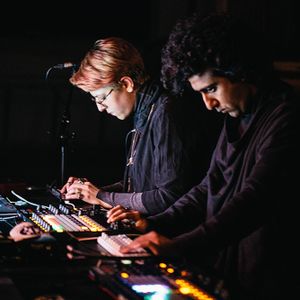 9T Antiope is an experimental duo (musicians Nima Aghiani and Sara Bigdeli Shamloo)band from Iran, based in Paris. The band formed in 2014 alongside the "Migrain Sq.” trio band, which also includes "Pouya Pour-Amin” and has existed since 2002.
Working since 2014 with this band, they released several albums including Syzygys and Isthmus (2017).
The main focus of the band is on experimental music, using layers of acoustic instruments, electronics and combining them with vocals and lyrics, in order to narrate tiny bits or huge landscapes of the chaotic worlds they vision, along with their inhabitants. We were very happy to welcome this great duo in our mixtape series!