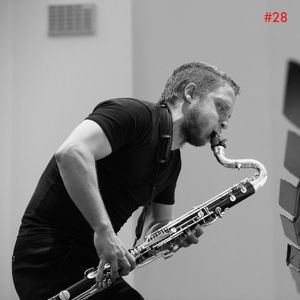 This show was 99th in the global jazz chart.

Mixtape #28 is made by Gareth Davis. Gareth Davis is a bass clarinet player and composer. He performed and recorded classical concerti, newly written works by composers such as Bernhard Lang, Toshio Hosokawa and Jonathan Harvey and collaborated with the JACK string quartet, bands such as Oiseaux-Tempête and Farewell Poetry and electronic artists Scanner, Machinefabriek and Merzbow.
All the tracks are versions of the Richard Rodgers and Lorenz Hart show tune "My Funny Valentine" from 1937. This song has long been recognised as a Jazz Standard, and what interested Gareth Davis was how it could be looked at not only as a something 'jazzy' but also in different directions. The mix includes a version my Miles Davis, and also Keith Jarrett, but also there is Elvis Costello, Miranda Sex Garden, Gareth Davis & Machinefabriek and Nils Frahm, so it's interesting to see how many different approaches can be applied to the same original material.