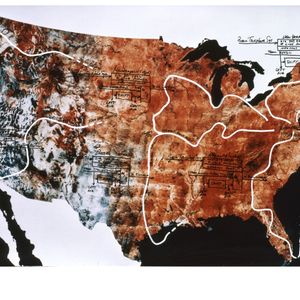 "Hello. Communicate. Goodbye" is a mixtape by Inne Eysermans (Amatorski) with non-electronic & electronic music, sound works, answering machines and (live) radio plays.
Inne was inspired by Christian Marclay's Telephones (1995), a 7 1/2-minute video, Telephones, comprising a succession of brief film clips that creates a humorous narrative of its own in which the characters, in progression, dial, hear the phone ring, pick it up, converse, react, say goodbye and hang up. In doing so, they express a multitude of emotions--surprise, desire, anger, disbelief, excitement, boredom--ultimately leaving the impression that they are all part of one big conversation.
Vladimir Ussachevsky's Piece for Tape Recorder inspired her too: "a sound is often chosen not for what it is but rather for what it will become through electronic modification."