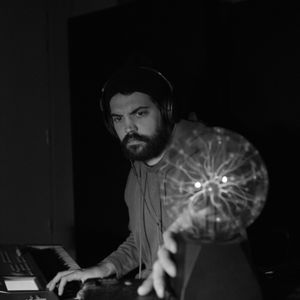 Ōgon Batto is Bent Von Bent from Antwerp, Belgium. Besides working as a visual artist around archiving systems and collections, he is also the co-runner of the Hare Akedod label. Following his debut release, Ōgon Batto secretly started working on a second album Hedoro, meaning “slime” or “chemical ooze”.
Bent is immensly fascinated by Japanese traditional and contemporary culture ever since he first visited the country. Mixing his European background with these Japanese influences, he shifts easily between abstract electronic tracks and pieces with a more classical Japanese tool kit. Think Oneohtrix Point Never or Mica Levi composing a soundtrack to a fantasy game.
With an amazing sense for detail Hedoro's musical story - entirely composed with synthesizers - is reduced to a collection of situations and drama, with space for suggestion and imagination. The album was mixed in Sapporo, Japan with the typical sounds of cicadas on the background.