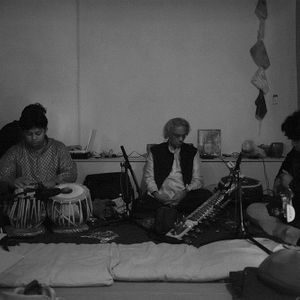 This show was 4th in the global instrumental chart.

We are very proud to introduce you to some legends in Indian traditional classical music for this Live Session. This set was recorded during their European Tour in Soulpath Gent, Belgium. From their home city of Benares (North-India), an ancient spiritual centre of traditional music and Indian culture, “The Mishras” are bringing classical North Indian Ragas and meditative music to the world audience, gifting the audience with a fabulous performance and a spiritual experience. Pandit Shivnath Mishra, also known as “Legend of the Sitar” is the 6th generation of the prominent Benares Gharana lineage of top class singers including Pandit Bade Ramdas Mishra. He has performed with several international jazz artists such as John Handy, Paul Horn, David Freezen and received many awards. he plays here with his son Deobrat and nephew Prashant.