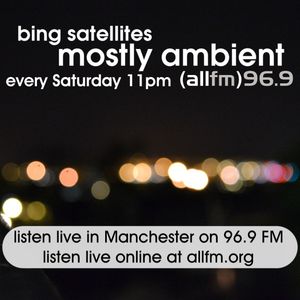 Originally broadcast live on ALL FM 96.9 in Manchester from 11pm to 1am on Saturday 31st Septembert 2015.