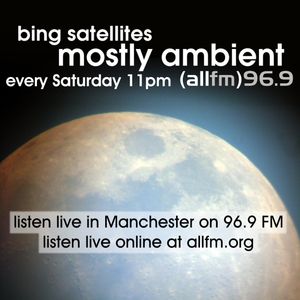 The a live set recorded for the shoe by SineRider - http://sinerider.bandcamp.com
This week's A to Z of Ambient is brought to you by the letter S and features music from Stars of the Lid and System 7
Plus a track by Gong in celebration of the life and music of the great Daevid Allen who passed away this month.