Unity is Strength: Manchester & Salford Women's TUC and other stories 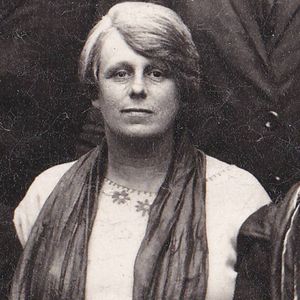 This is a podcast about rebel women of the trade union movement. It’s inspired by the recent discovery of a set of minutes books that tell the story of Manchester & Salford Women’s Trades Union Council, 1895 to 1919.

It will introduce you to some trailblazing, risk-taking women who fought hard to improve pay and conditions for poor female workers in the early 1900s and contrast their work with that of young female activists today.

Produced and presented by Abigail Ward.

very interest ing to hear the modern trade unionists and their intelligent comparisons to the early 1900s.

Fantastic. I actually know quite a lot about Eva Gore-Booth and Sylvia ~Pankhurst and their links to the suffrage movement as I have written 2 plays, Sylvia, about Sylvia `pankhurst and Rebels and Friends about Eva and her sister Constance Markievicz, but I learnt a lot from hearing this podcast and the minutes of the meetings. WTUC. - stabbing Eva in the back?

Opening a lid for me into the workers movement from women’s perspectives, power and action. Thanks Abs.