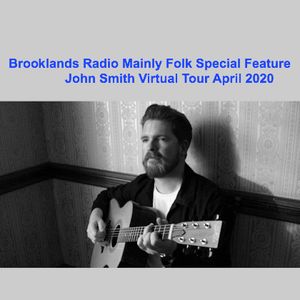 John Smith is one of the hardest working performers on today's folk scene.
He's the real deal - talented songwriter, gifted guitarist complemented by husky, compelling vocals.
This week he would have been preparing to go on tour promoting his new album, "Live In Chester".
Bev Harris catches up with John as he prepares to make the best of the current situation by creating a virtual world tour next week across the different time zones.
You can get a flavour of just how good this will be as we get to hear some of the tracks from the new release which capture the immediacy and impact of John playing live. What a great way to spend half an hour to cheer up your day !