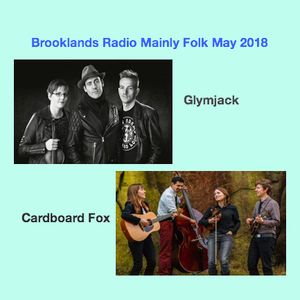 In the first hour we feature a great new CD Light The Evening Fire, the debut album from Glymjack. Greg McDonald tells us how he& Sam Kelly percussionist Evan Carson & fiddle virtuoso Gemma Gayner put the album together. There is a definite Show of Hands feel to the album, which is not surprising as it was was produced with Show of Hands' Phil Beer, and features Steve Knightley and Miranda Sykes.
Charlotte Carrivick (guitar/vocals) and Laura Carrivick (fiddle/vocals) are well known from their band The Carrivick Sisters. The sisters are extremely talented multi-instrumentalist and are joined by by John Breese on bass and banjo and Joe Tozer , one of best of today's mandolin players . The new album is called Topspin and as they say "it's a cracker !'
As usual we have the gig guide, Americana section and the latest folk releases. Plus Jim Guynan provides us with his guide to this year's Maverick Festival !
Presented by Bev Harris. Produced by Jim Guynan.