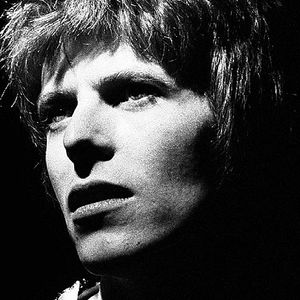 sunday january 17th. buyers club,liverpool. mark the passing of david bowie. no idea what it was going to be like, i just thought it would be good to 'do something.' i thought a dozen or so people may turn up, in the end the joint was packed and we took the bloody roof off. it was one of the most wondrous, magical things i've ever done in my entire life. it was beautiful. here we present the tunes played, in the order i played them (with one or two amendments). it's a testament to the dame's work that i was able to play the music of one artist for almost four hours without getting bored or tying myself in knots. i now realise that david is not coming back any time soon and this will serve as a timely reminder of the spirit and fantastic feeling in one room for one person that meant so much, to so many, across so many age groups. thanks man, i for one really do appreciate it. ALL MUSIC BY DAVID BOWIE AND HOLY OTHERS. PLAYED BY BERNIE CONNOR, MIXED AND EDITED BY SIMON KEMBER. X

Listening today Bernie... it's a great compilation that I'll be coming back to regularly.
Feeling quite melancholy today

Thank you Bernie. I couldn't face a crowd that night, but really wanted to be there. This is the next best thing. Always loving your work ???? X

More from the sound of music